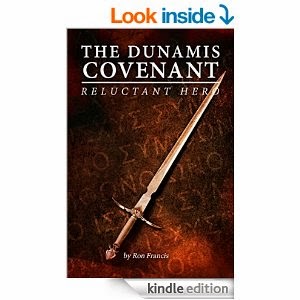 Thomas has been living his life with no knowledge of his true destiny, until a chance encounter with Abby, a beautiful woman with a mysterious past. Shortly after meeting her, he finds out he's part of a secret race of powerful people that has stayed hidden in humanity's shadow. While continuing to learn more about himself and his heritage, he is chased halfway across the country. On the run, and separated from Abby, he no longer knows who he can trust. All the while discovering a power inside him he doesn't understand, and never knew he had.

The story follows Thomas, a young man, who abruptly finds his life turned upside down. Thomas is part of a secret race and he's the focus of a prophecy. As urban fantasy goes this is the run-of-the-mill stuff, the type of story in which you can predict the ending from the first chapter.
Characters were all fairly generic and not one really stood out in terms of uniqueness. The plot was riddled with cliches, dialogue felt choppy and some of the sentences were disjointed.

But, saying that, the story did provide me with a feel good factor, and sometimes you want to read a book that you can cheer on the goodies and boo the baddies.

This is an ideal book for youngsters. If you're looking for something original and more mature then this book is not for you.

Amazon US
Posted by Fantasy Muse at 10:39 No comments:

sometimes, for some inexplicable reason, a book connects with you, just, like in many ways a friend does. It may happen spontaneously, but you just know that it's something special.

After finishing the last book, in the series, I'm not ashamed to say that I had a tear in my eye (several in fact). I remember coming across the first book, 'The Mountain at the Middle of the World', many years ago, and admittedly I wasn't that impressed by the cover or the description, but there was just something about it that kept nagging at me. I put it in my wish-list, but I had no real expectation that I would buy it. The paperback was quite expensive to me at the time and I thought instead to let it sit, just in case. And yet I kept coming back to it, reading the reviews, and I finally decided to take a chance on it. And I haven't looked back since.
It is to this day one of my favourite books I've ever read - and would be my favourite if not for a certain Mr Tolkien and his Lord of the Rings.
After turning of the last page, reading the last sentence and the last few words, it feels like I've lost someone dear to me. There has only been a handful of times I've felt this way after finishing a book/series, and I can count those times on one hand - that alone is a testament at how great I found these books.
I know without doubt I'll re-read this series again and never tire of the words. To me they're timeless and will be sitting in my book shelf for a long, long time - ready to be read once again.

Books like people are distinctive by nature. If we all liked what everyone else liked, or thought like everyone else thought, then it's fair to say we'd live in a pretty boring world. There are books I dislike that receive endless comments delirious in their praise **cough**Game of Thrones**cough** and yet books that I love are obscure and receive critical reviews.
So, while I can type thousands of words saying how great these books are and why you should buy them, I'm not going to do that. It's up to you to take that chance. All I will say is that I feel lucky that I found a story that gripped me so intensely and gave me so much joy.

Finally, I'd like to say thank you to Daniel Hylton for creating a world and characters that will live long with me.

So, to end this post I will leave you with a riddle:

He comes from the west.
And arises in the east.
Tall and strong, fierce as a storm upon the plain.
He ascends the height  to put his hand among the stars
And wield the Sword of Heaven.
Master of wolves, Friend of horses;
He is a prince of men and a walking flame.
He enters the stronghold of evil,
To bring down the mighty,
And return peace. 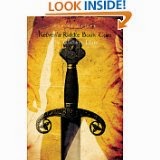 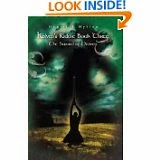 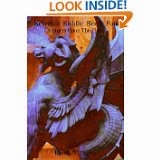 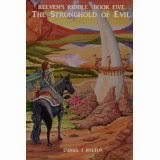 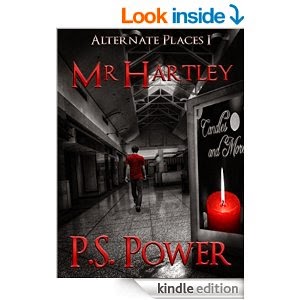 That's not a new thing, since jobs are hard to come by in these tough economic times. So, deciding to try something new, he takes a shortcut through a tree, to an interspatial nexus across town. It isn't the sort of thing that most people do, but this time it works out pretty well, and he finds employment. At a secret embassy, masquerading as a rather humble candle shop.

Mr. Hartley isn't just an ordinary store clerk, however, and very soon strange things become apparent to him that few would notice. Like the vampires running the place across the way, or the attractive giantess that keeps watching him more than a little bit too closely.

Now, thrown into the thick of a world that he'd always been told didn't exist, he must survive and face the worst thing imaginable.


This book kind of caught of sneaked up on me while browsing through Amazon. The blurb and the relatively cheap price made it hard to refuse.
The book focuses on Zack Hartley, a recluse, who has a special power that sets him apart from everyone else, in that he can travel through special gateways that allow him to go from point A to B in a matter of seconds. The story follows Zack as he develops his powers and in doing so causes a ripple effect throughout the supernatural world.

The book does start of slow and I was confused for the first few chapters at what Zack's special powers were. Initially I wasn't actually wowed over his talent but as the story progressed, his powers became more defined and the 'ohhhh now I see it' moment arrived halfway through.

Besides the main character there is a plethora of characters but the author introduced them in such a way that it didn't feel like I was drowning in names. Characterisation focused squarely on Zack and kind of ignored the rest. Which resulted in that I didn't really connect with the others.

The story does start of slow and the author details literally every step Zack makes from what he's eating to the chores he's doing. It only really picks up near the middle when more about his powers are revealed.

This book is definitely intended for adults. There is a lot of sexual description in it and some violence. Normally I'm fine with sex in books but this book had too much, and when I say too much I mean to the point where I honestly couldn't go a chapter without someone doing it.

Now, you're probably reading this post so far thinking I dislike the book, but that definitely isn't the case. I enjoyed the story -once it picked up - and I was intrigued to see how Zack would develop from an anti-social geek to a charismatic leader.


This book is probably more catered towards young male adults and while I did enjoy the story I did feel that the overly sexual references spoilt it somewhat.

Amazon US
Posted by Fantasy Muse at 13:14 No comments: 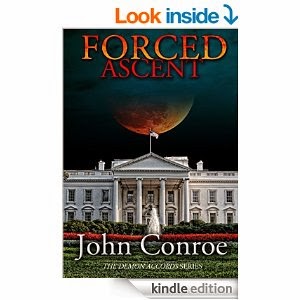 Chris Gordon has never had an easy relationship with the White House. Now, after rescuing his goddaughter from a secret base in New Hampshire, it’s reached a new low. You drop one little asteroid onto the continental United States and the entire government goes crazy. On top of that Halloween is fast approaching and demons are popping through into our world every which way. Forced into the world of high level politics, Chris and Tanya and their merry crew will have to stay two steps ahead of just about everyone if they’re going to have a chance in hell of preventing all Hell from breaking loose.

If you follow my blog then you may have read my earlier post on the Demon Accords series by John Conroe and how utterly fantastic I found each and every single book in the series. Without doubt Demon Accords is one of my - if not the - favourite urban fantasy books I've read.

And it came as quite a pleasant surprise when I found out the latest book was out. It was like Birthday and Christmas all rolled up in one.

I'm not going to go too much into the plot as it's the 7th book in the series and if you haven't read the others then you'll be lost. What I will say is that John Conroe doesn't drop the ball with this one and if anything raised it. Storyline was gripping and expands significantly, action scenes were adrenaline fuelled and such was the pace of the book that I finished it within a day.

I can't think of anything I disliked but perhaps that's my biased view clouding my judgement.

If you haven't read the Demon Accords series and you claim to be a urban fantasy fan then you seriously need to have a good hard look in the mirror. For those of you who have, then you won't be disappointed.

Amazon US
Posted by Fantasy Muse at 18:28 No comments: