The Tiger (Chronicles of An Imperial Legionary Officer Book 2) by Marc Alan Edelheit. 
Abandoned and cut off from friendly lines, Stiger takes the fight to the enemy!

A nobleman from an infamous family, imperial legionary officer, fighter, and a right proper bastard of a man…Captain Ben Stiger captured Castle Vrell and rid it of a minion of a dark god. Now he finds himself cut off from the empire with a hostile rebel army marching on the legion’s fortress where they guard the entrance to the Vrell Valley. It is not in Stiger’s nature to simply wait for the enemy. Badly outnumbered and facing odds greater than twenty to one, he sets out to impede the enemy’s advance and show them the steel that the legions are made of. To help him on his way he has the services of his friend, Eli one of the last remaining elven rangers. As if matters could not get worse, an army of dwarves is preparing to retake Castle Vrell, a sacred place they name Grata’Kor.

There are forces at play greater than Stiger can imagine. To survive, he must not only contend with a well-supported rebel army, but a hostile dwarven nation intent on fulfilling a mysterious prophecy that has the potential to shatter the world and bring ruin to the empire.

The battle to save the empire and the world continues in this action packed adventure.


For those of you who haven't read my review of the first book in the series, then it can be found here.
The Tiger follows on from the cliffhanger of the first book and immediately jumps back into the fold. The story follows Captain Stiger as he leads a - rag-tag now turned professional - company of soldiers against an army that out numbers them ten to one.

If I'm being honest I didn't think this book was as good as the first, which is no shame at all, as the first book was brilliant and set the bar really high.

I felt the 1st half of the book let it down slightly. There was little development in terms of storyline and mostly filled with just action. Which is not a bad thing, but I prefer a balance of storyline, characterisation mixed with action, which then allows me to better grasp what is happening.

The 2nd half of the book, however, was a marked contrast to the first. New, fascinating characters were introduced and there was a step up in the plot, which both combined, made it a very interesting end to the book. There was also of course plenty of action, but not in an overbearing fashion.


For those of you who love military fantasy then this book is perfect for you. And even if you're not, this book/series still has a lot to offer.
I don't normally read military fantasy but the author has done a great job in delivering a book that is both simple and easy to follow.

The story finished in such a way that left me eager for the next instalment and I can't wait to see what further misery can be heaped on Captain Stiger's shoulders.

Before I finish this post I would like to wish everyone a great Christmas/holiday and see you all next year! 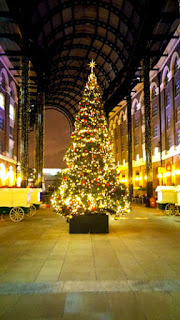