My review of Pagan by Andrew Chapman. 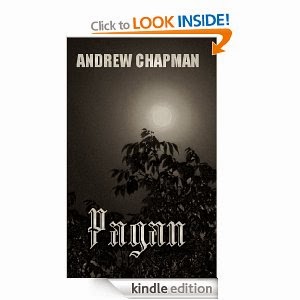 Five years ago the world learned the terrible truth as the vampires came out of the crypt. Suddenly humanity is no longer at the top of the food chain.

Jack "Pagan" Henderson is England's top vampire hunter, fighting on the front lines in the war on the ground, and co-opted into the media as a propaganda tool. He and his fellow hunters are fighting against an ancient and powerful foe, as well as a population less and less interested in supporting their efforts.

Not a traditional fantasy book per-se, but rather a vampire book. Pagan is an interesting book in that it is set in a world where vampires have have come out from the shadows, revolting against humans. It's a world where countries differ in their attitude towards vampires; America coexists with vampires, largely due to their romantic portrayal in movies and novels; while eastern Europe is a no-go zone for humans, and Africa is mostly vamp free. Pagan is based in Britain, where the south is vampire free, while the north of England is a hotspot.

The story follows Jack 'Pagan' Henderson, a vampire hunter, who was a marine before 'Black Tuesday' - the day the vampires announced themselves to the world. In terms of storyline it was pretty simplistic - Jack is a hunter who likes to kill vampires. There are 3 vampire lords in Britain and Jack and his fellow hunters are trying to take them down.

If you're looking for beautiful prose, and wonderfully lavish words, then you might as well stop reading. On the other hand if you're looking for something that begins and finishes with rip-roaring action, uncomplicated plot, and straightforward dialogue, then this is the book for you - just as it was for me.

From reading some of the Amazon reviews I knew I wasn't going to read a book in contention for the 'Man Booker Prize', but rather a good action story based on vampires. And that is precisely what I got, and why I enjoyed reading it so much. Sometimes you just want to unwind with a book that doesn't require constant mental vigilance.

But by no means was it a flawless book, and there was a heavy load of gun jargon thrown in by the author. If you're into that stuff then you'll enjoy, but if you're like me and have no more knowledge of a gun then a bullet normally called a '9mm', then you'll probably gloss over the parts where Chapman goes to town explaining what gun does this, which gun is better, etc.

I mentioned uncomplicated storyline, which is true, however, at times it does stretch to the ridiculous, but in a good way. Like how Jack single handedly kills multitudes of vampires or how nearly every woman he meets wants to have sex with him. I like to think of Jack 'Pagan' Henderson as a love child between Rambo and Blade (of course that's assuming two men can have a child, but if there were ever two men capable of having one, then it would be them).
Actually thinking of Blade has made me remember this: 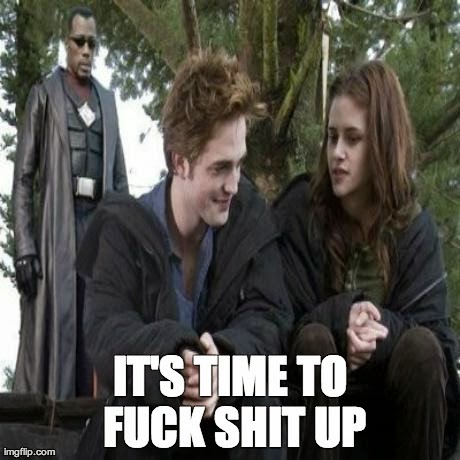 *Just a word of warning - this is quite a mature book with heavy references to violence and sex.

I had tremendous fun reading Pagan. It's an all-action vampire book that desn't try to be something it's not. If you're looking for an entertaining read to pass the time, then you won't be disappointed with Pagan.

It's well worth a read for all vampire fanatics.

Amazon US
Posted by Fantasy Muse at 19:05